Ball Reception Before It Hits the Court

Pickleball is a unique, all-in-one sport that has been getting popular over the past few years. Starting out in the 1960s, it is a game that is infused with rules and characteristics of other popular sports such as badminton, tennis, and table tennis.

Players use racquets, which are made out of sturdy pieces of wood, to score. The method for scoring is similar to that of tennis or badminton. If the player on defense fails to receive the Wiffle-like ball, the player on offense scores.

The game can be played in singles (one player per team) or doubles (two players on either side of the court). Doubles is the usual mode of the sport

History of the Game

How did it all start and who started the game?

Pickleball was invented in 1965 by three fathers on an island called Bainbridge. Joel Pritchard, Bill Bell, and Barney McCallum were bored one day. To ease their boredom, they found a set of rackets and a plastic ball and just played however they liked. They got into a volley rhythm and set up a net.

The three founders saw its potential for fun, so they came up with a comprehensive set of rules to govern the game. As time went on, the game was picked up by school children and the Pickleball craze spread like wildfire in schools and in playgrounds.

In 1967, the solidification of Pickleball as a game played by many expanded. They got recognized by news sites and had their first tournament in 1976.

The game changed when a large American sporting organization wanted to expand the growth of Pickleball, making it even more popular than it already was. This time, it involved the entire United States.

The founders’ original goal was to be able to create a game that their families could play together. Now, the sport is played by many and is recognized in European and Asian countries.

Where Did the Name Pickleball Come From?

There are contradicting reasons why the sport was named Pickleball. The first is that it was named after one of the founder’s pups. The dog’s name was, of course, Pickles. The second reason was that Pritchard’s wife made a comment saying the sport was similar to pickle boat in rowing. Whatever the reason, it is a very unique name to give a sport, and it is a catchy one as well!

Pickleball is a unique, all-in-one sport that has been getting popular over the past few years. Starting out in the 1960s, it is a game that is infused with rules and characteristics of other popular sports such as badminton, tennis, and table tennis.

Players use racquets, which are made out of sturdy pieces of wood, to score. The method for scoring is similar to that of tennis or badminton. If the player on defense fails to receive the Wiffle-like ball, the player on offense scores.

The game can be played in singles (one player per team) or doubles (two players on either side of the court). Doubles is the usual mode of the sport 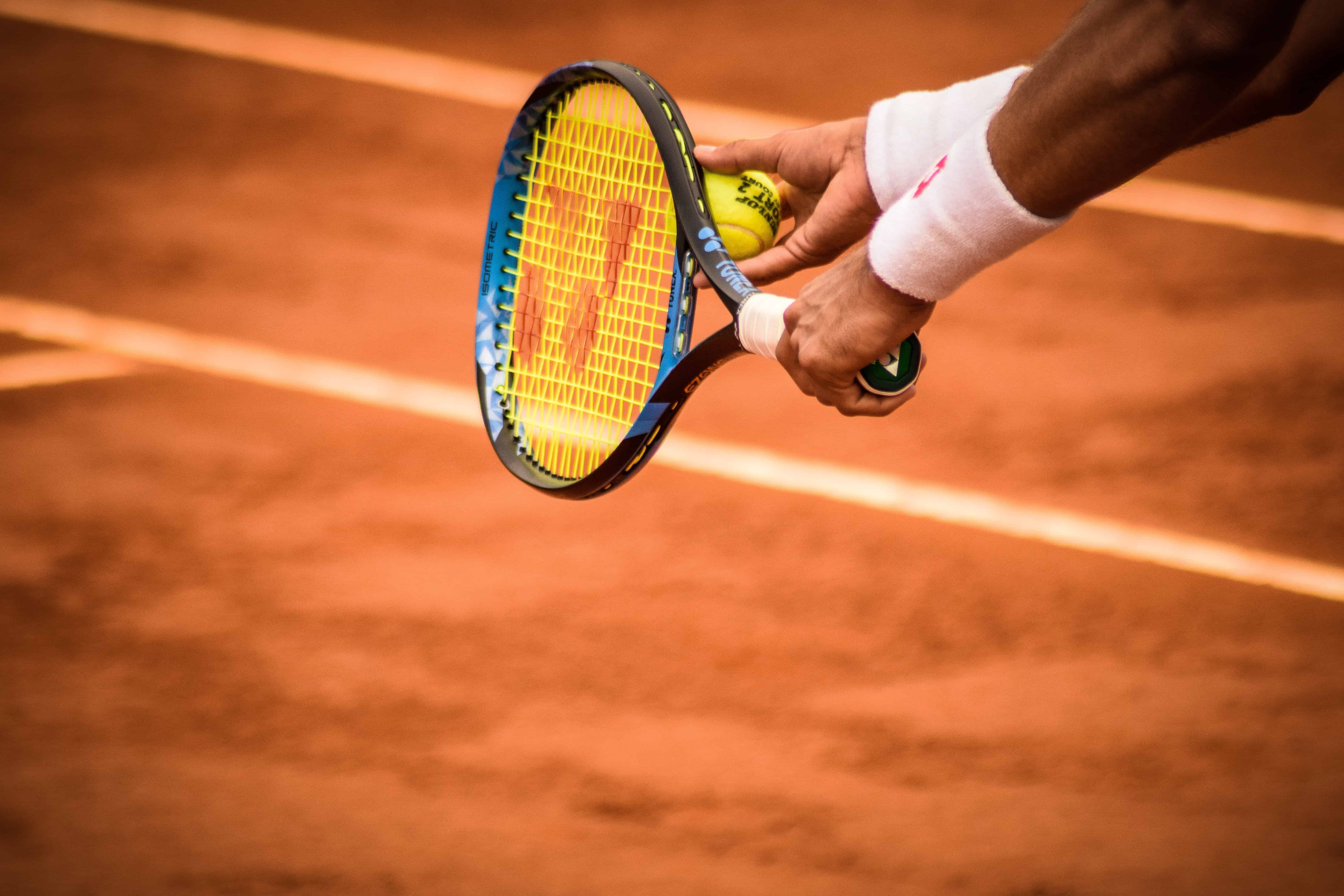 Rules of the Game

Pickleball is played on a court with the following dimensions: 20′ x 44′, which is essentially the same measurements as a badminton court.

It is played with wooden paddles and a ball, with a net dividing the court into two regions. The wooden or composite paddle is larger than a table tennis paddle while the ball is made of plastic and is very light.

The main objective is to score the most points in the game.

The way an offensive player can score is by having the opponent fail to return the ball, the opponent volleys in the non-volley zone, or if the opponent’s ball lands outside the court limits, making it out of bounds.

The game ends when a player reaches the score of 11 and is ahead by two points. In cases where the scores are tied at 11, they play on until one of the players’ scores is two more points than that of their opponents’. Draws do not exist in Pickleball.

Some tournaments modify the game, making the final score either 15 or 21. They still maintain the two-point rule, though.

How Pickleball Is Played

The game starts with the two teams battling for the service–who gets to serve first–using a simple method, the flip coin.

The ball is served diagonally, much like in Badminton. The server must use an underhand serve without crossing the back line. For the service to be deemed acceptable, the ball must land within the lines of the court diagonal to the initial serving court.

A bounce is required to happen before the receiver may volley the ball back to the server’s court. The server does the same. This is similar to how Table Tennis is played. In the case of doubles, the server is the only one who can touch the ball.

If the service catches the net, the server may repeat as much as he or she likes without penalty. Others prefer to apply a different rule where only one fault is allowed. In a case where two faults occur, the non-serving team is awarded a point.

The non-volley zone, a seven-foot area that exists on each side of the net, disallows players from hitting the ball within it. This eliminates the chance to smash or to hit the ball hard.

Services alternate until one of the teams reach the determined score with a two-point lead. The game ends when this happens.

Playing Pickleball is great for anyone of any age as it is less strenuous than other sports such as Lawn Tennis. So, you will definitely have fun playing this sport.

If you are not too competitive, this can be for you as well. This is due to the non-volley zone where one cannot smash the ball. This sport is very non-threatening and non-aggressive. So, you are able to have fun without having to be competitive.

You can make Pickleball competitive if you wish to, though. The sport emphasizes that there are other ways to score rather than just hitting the ball really hard. The players must be crafty in placement shots and the like if they want to win. That is why many people enjoy it.

Another great thing about this sport is you can play it anytime and anywhere! You can draw up your own court dimensions on an empty street and play to your heart’s desire. So, are you excited to try out Pickleball? Tell your friends about and get ready to enjoy hours of fun while playing this sport. 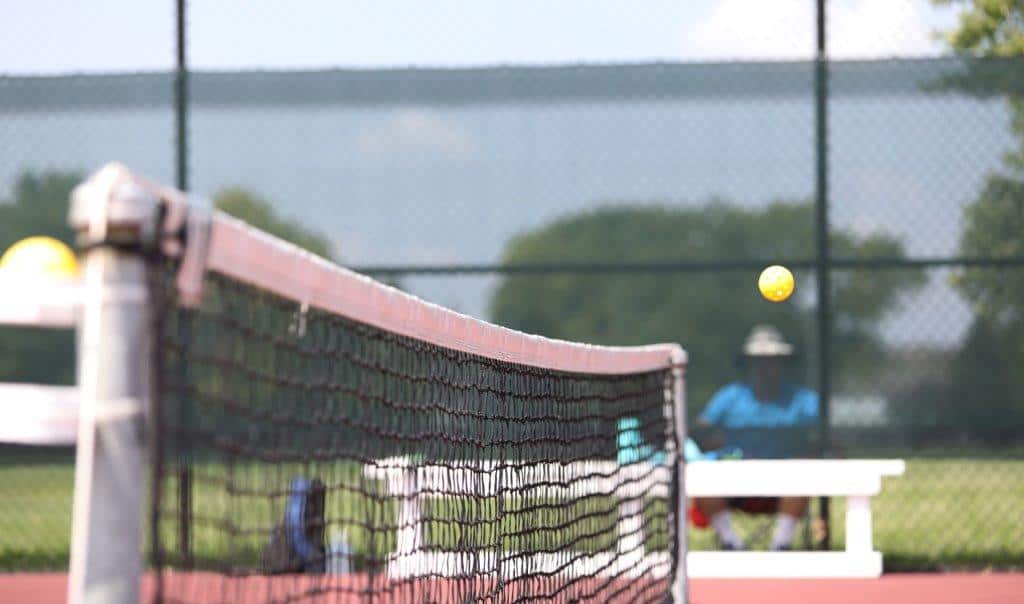 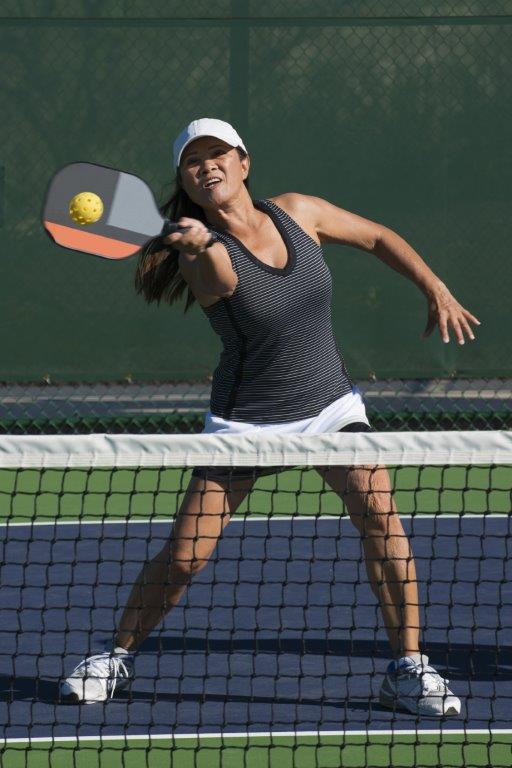 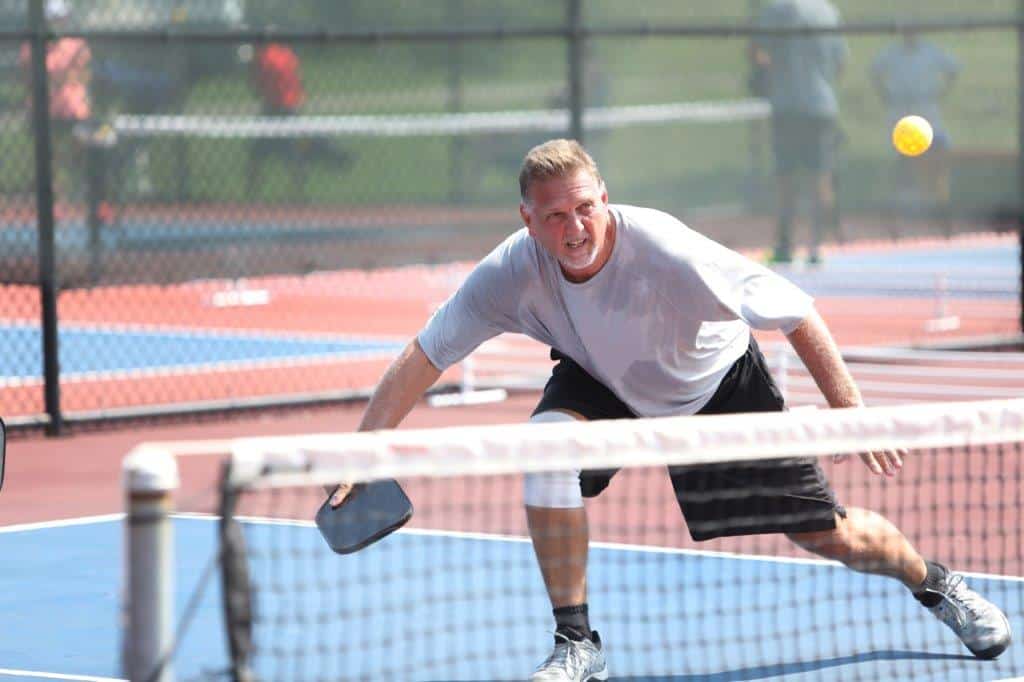 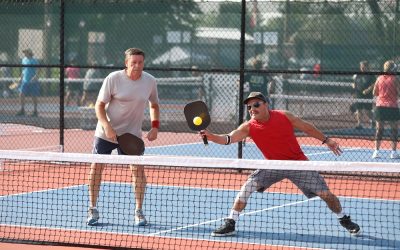 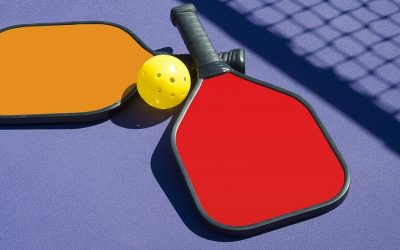 The Best Pickleball Paddles Priced At Less Than $50 If pickleball has caught your attention as a new sport to try out, and you are now interested in buying a paddle that won’t empty your wallet, then you have come to the right place. The pickleball paddles that are... 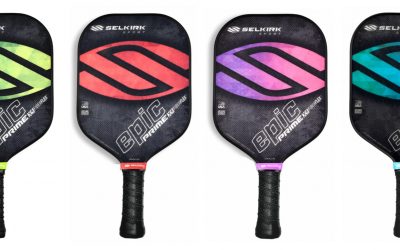 Selkirk Quality At An Affordable PriceThis review is a follow up to our post, “Should I Upgrade To A Better Pickleball Paddle?”   Selkirk is a family owned pickleball paddle manufacturer in Idaho, and has become one of the premier producers of high quality paddles in... 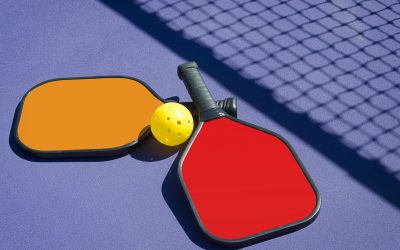 Do You Play Ping Pong? Then You Should Try Pickleball!

If you play ping pong (or more properly, table tennis) and are at all proficient, you will love the game of Pickleball! I took an old ping pong buddy of mine out for his first introduction to Pickleball the other day and after about ten minutes he exclaimed, "Wow!... 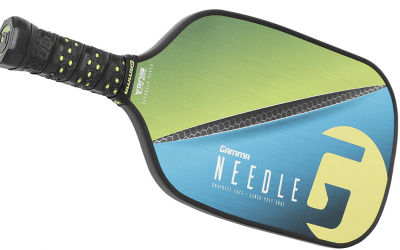 Thinking About Trying An Elongated Pickleball Paddle? Try This One! Note: This review is a follow up to my post, "Should I Upgrade To A Better Pickleball Paddle?" I'm a relatively new Pickleball player (this is my first full active year). So I was nervous about trying... 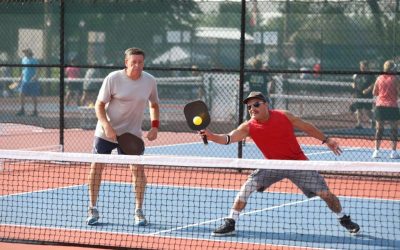 Should I Upgrade To A Better Pickleball Paddle?

Most people start playing Pickleball by buying an inexpensive paddle or set of paddles just to try the sport out. After getting to know the basics of the game, you will probably ask yourself, "Should I upgrade to a better Pickleball Paddle? Is there really a...

Register Now
Get In Touch With Us

Want to Join The Club?

Rules and Faults of the Game Explained

When you learn about the rules of pickleball, it is important to know about the faults as well. Since the goal for the game is to reach 11 points before your opponent does, you need to limit your faults and errors. Knowing the faults and the tricks to avoid them will add to the challenge that this sport has to offer. Take note of these pickleball faults and the rules behind them for a clean and fun game. 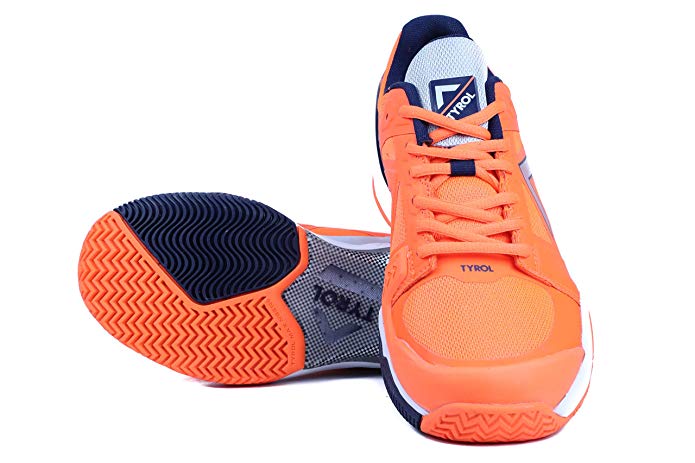 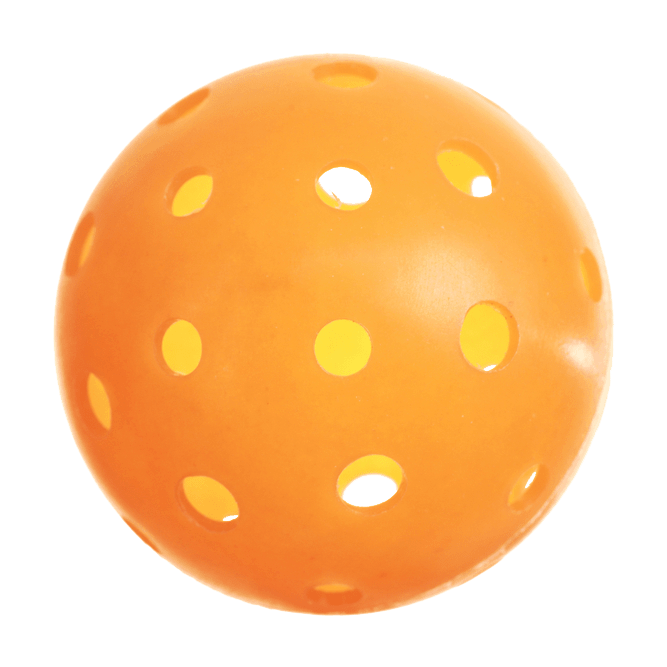