How to Make Your Own Pickleball Court

Pickleball as a sport was first established in the summer of the year 1965 by Congressman Joel Pritchard, Bill Bell, and Barney McCallum on Bainbridge Island, WA. It was said that the children were bored which led the fathers to create the game using some old table tennis paddles, a badminton net, and a wiffle ball.

Over 50 years later, the sport has spread throughout the United States and has gained more and more popularity with the passing of time. Unfortunately, pickleball courts remain a bit scarce around the U.S.

Currently, most players commonly use tennis courts and put temporary markings for pickleball when playing. Since the popularity of the sport has increasingly grown, the demand for courts has also increased. Luckily, to ease the urge of playing the sport, you can create your own pickleball court in your own backyard or in recreational parks. Below are some tips on how to make your DIY pickleball court.

To make your own pickleball court, it is ideal for you to learn about its exact measurements and specifications. A pickleball court is equivalent to an official doubles badminton court which measures 20’ x 44”. The net of the sport, measuring 36’ x 22”, is hung the way a tennis net is used, which is at ground level. It is recommended for net posts to extend 12 inches (one foot) outside the sidelines.

The measurements of the lines and the parts of the court are as follows: 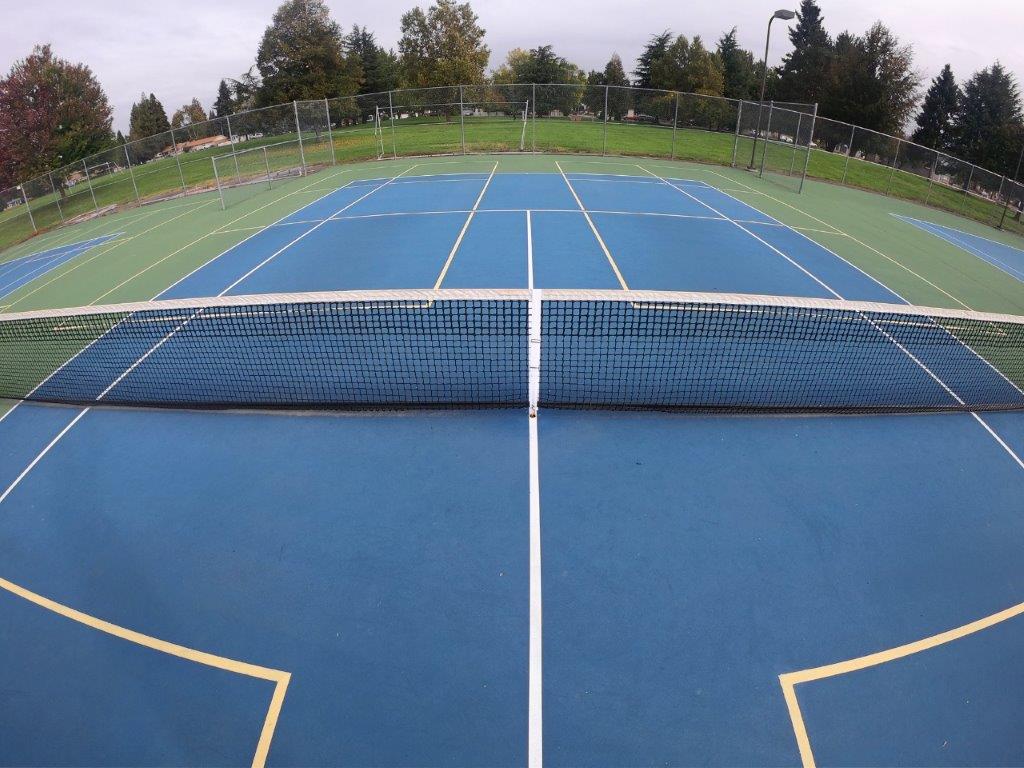 When making a DIY pickleball court, you have a variety of options for the materials you can use in drawing or outlining your court. Here are the different options that you can choose from:

Chalk is the cheapest, quickest, and easiest to use in making a DIY pickleball court. The Jumbo Sidewalk Chalk is one of the options you can opt for and you may need at least two chalk sticks per court. The chalk lasts long and it doesn’t get erased easily even when stepped on. It is also ideal to use for permanent locations for a pickleball court as it usually lasts until two weeks or more if not exposed to heavy rains, and can be retouched easily if it starts to fade.

Using tape is the best option when making a pickleball court indoors.(Indoor Tape) It is also a more permanent choice for a pickleball court as it allows you to play longer without having to retouch the lines. You may need approximately 200 feet of tape for a full court. The lines of the official pickleball court reach up to exactly 198 feet. You can use the pickleball court tape, yet others recommend using Gaffers Tape Sticks as these do not leave any tape residue once removed from the ground. These are also easy to remove. Another recommended material is the GreenFrog Tape.

This material is made of thin rubber and it allows you to mark your court easily and quickly. You just put down the markers on the area to outline your court. A set of these vinyl court markers includes eight straight pieces and four corner pieces.

Another material option is the Contractor’s Blue Chalk Dust which helps you save time in making your court. Using this material makes it quick and easy to make straight lines compared to drawing the lines manually. Take note, though, that this material costs more because you have to buy the tools and the chalk separately.

Generally, you will need 20 gallons of PicklePave acrylic surface coating and one gallon of California Sports Surfaces textured line paint if you chose to use paint for your court. When using a 3/4” nap roller, the spread-rate of the PicklePave is roughly 90 square-feet per gallon. 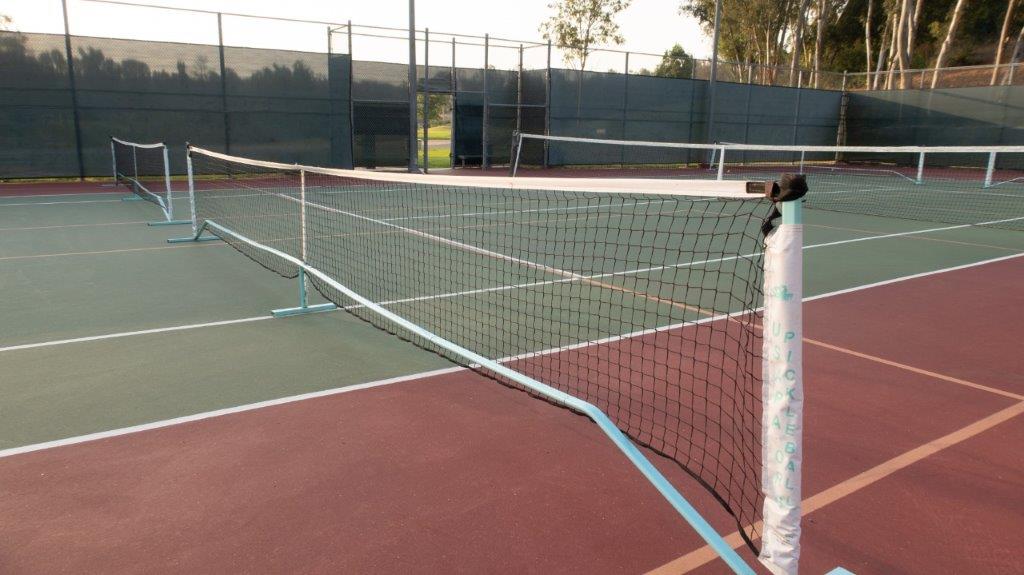 Steps in Making Your Pickleball Court

In making your own pickleball court, there are a few guides that you must follow to get the right measurements and the right distances of the lines in the court. Here is a step-by-step procedure to make a pickleball court:

Draw the sidelines using tape or chalk. Mark seven feet out from the net on each of its side which will designate the no-volley zone.

Using chalk or tape, draw the baseline with the tape measure as your guide. Mark 10 feet from the edge to signify the halfway point. 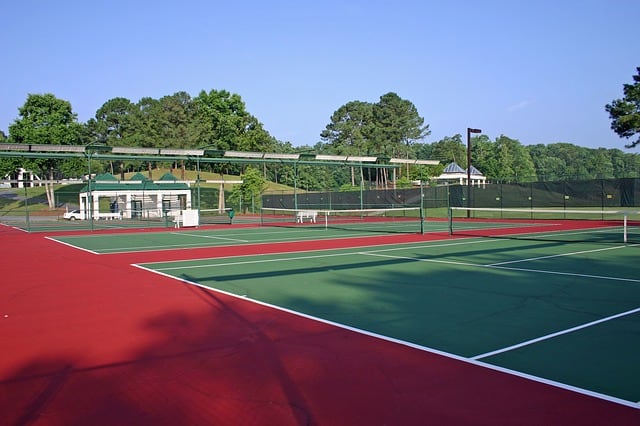 Move back to the seven-feet marks on the sidelines that you’ve marked and drawn the no-volley zone borderline. From the edge of the line, mark 10 feet.

In between the two 10-feet marks that you made on the baseline and the no-valley line, lay the measuring tape and draw the service area dividing line which goes down the middle of the court.

Repeat the steps mentioned above to do the other side of your pickleball court.

Are you ready to make your own pickleball court? Which material do you prefer to use? Any questions or suggestions? Hit the comments below!

END_OF_DOCUMENT_TOKEN_TO_BE_REPLACED

How To Replace Pickleball Grip