When you learn about the rules of pickleball, it is important to know about the faults as well. Since the goal for the game is to reach 11 points before your opponent does, you need to limit your faults and errors. Knowing the faults and the tricks to avoid them will add to the challenge that this sport has to offer. Take note of these pickleball faults and the rules behind them for a clean and fun game. 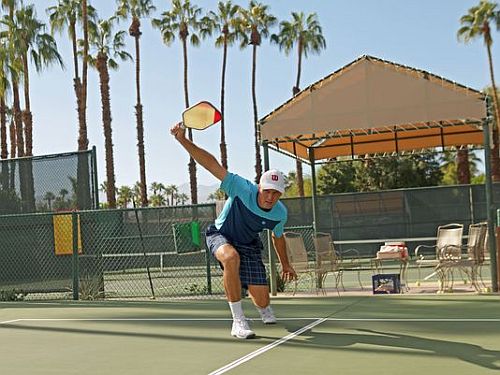 A guide to the common faults in a pickleball game. (Image Source: USAPA)

Ball Reception Before It Hits the Court

It’s vital to NOT touch the ball before it hits the court. This is the most basic and essential rule that must be observed. Wait for the ball to clear the net before returning it to the court of the opposing team. Let the ball bounce off the court from the service before you can direct it towards your opponent’s side of the court.

This is true not just for hitting the ball before it lands on the surface. Any form of interference on the ball is considered a violation. When this happens, the receiving team is automatically at fault and the serving side earns the point for that particular rally.

When playing pickleball and you are on the receiving end of the service, it is important to know two things. First, wait for the ball to clear the net. Second, let it bounce off the court before you return the serve.

As previously mentioned, receiving players should not touch the ball until it clears the net and has bounced off the court. But it is also important that it does not touch any object that it is not supposed to. It’s considered a fault if the ball hits any permanent object near or within the court such as the posts of the net, lighting fixtures, or the ceiling when playing indoors.

When this happens, the serve or the service return is automatically null. This is a common limitation placed when a game of pickleball is performed in an indoor court.

For example, you returned a volley while the tip of your pickleball paddle is within the non-volley zone. A fault will be called. The same is true if the edge of a shirt or skirt is within the restricted area.

This is another common fault in the game of pickleball wherein the serving team does not follow the correct order of serving. This rule is, obviously, applicable to the doubles game of pickleball. Before the start of the game, there is a specific order assigned when it comes to service. This order must be maintained throughout the duration of the game.

When the wrong team member serves, they lose the point and the service is given to the opposing team. When this happens, you need to re-position and follow the correct order in the next serving opportunity.

In the game of pickleball, you not only need to serve correctly and work to improve your serve, but you also need to observe the proper service sequence.